Showing posts from October, 2015
Show all

"The world won't get no better, if we just let it be" 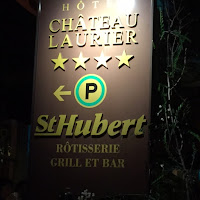 Just when I thought I heard it all, I realized that I hadn’t!   In the past 30 days, on two separate occasions, people have mistaken me for being blind and that Veronica was a “seeing eye dog,” rather than a service dog ( Canine Companions for Independence service dog ). The “mistaken identity” occurred in both Canada, and Massachusetts, USA.  Late last month, we decided to take a long weekend trip to Quebec, Canada.   Although my wife Maggie and our children had taken several trips over the years to visit her Canadian and Huron relatives, I hadn’t visited the country in two decades, due to my work schedule and career commitments. During the ride from Massachusetts, we drove through the states of New Hampshire, Vermont and Maine. This was the first time I had seen or traveled through these states. My “aged eyes” took in these new sights as a child would, seeing something for the first time. In previous trips, we crossed the border via New York.   Hotel entrance
Post a Comment
Read more
More posts